Indian Intelligentsia resist the governance of Fascism and the Hindutva Agenda.Welcome!Very Welcome!

Prakash for his initiative! 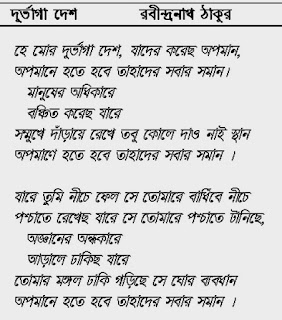 
No.It is a confirmed,determined NO.

Tiwari with his ridiculous logic wants to

deprive the awarded personalities of their

fundamental rights to oppose this religious

Politics of partition against our legacy of

inherent pluralism and diversity all on the


I wonder how such a critic has to judge the

qualities of the literary works!For which


As a humble writer and journalist,I am

ashamed Sahitya Akademy and its President

linked to the governance of Fascism!

A renowned Punjabi playwright, Aulakh said he was very pained by the attacks on "progressive writers, leaders of the rational movement and the forcible saffronisation of education and culture".

By: PTI | New Delhi/chandigarh | Published:October 11, 2015 6:38 pm
Three eminent writers from Punjab, Gurbachan Bhullar, Ajmer Singh Aulakh and Atamjit Singh, on Sunday announced that they were returning their Sahitya Akademi awards, joining the growing protest by litterateurs against “rising intolerance” and the “communal atmosphere”.

“During recent past, the attempts at disrupting the social fabric of the country, targeting particularly the area of literature and culture, under an orchestrated plan of action, has been perturbing me,” Bhullar said.
SHARE THIS ARTICLE

RELATED ARTICLE
1
2
3
4
5
6
PrevNext
The 78-year-old author born in Bathinda in Punjab had been awarded the Sahitya Akademi for his 2005 book of short stories “Agni-Kalas”.

A renowned Punjabi playwright, Aulakh said he was very pained by the attacks on “progressive writers, leaders of the rational movement and the forcible saffronisation of education and culture”.

He said he was “very upset over the communal atmosphere being created in the country and the central government was not performing its duty as the representative of a secular and democratic country”.

Hindi writer Uday Prakash, Nayantara Shegal, poet Ashok Vajpeyi, Sara Joseph, Urdu writer Rahman Abbas have also returned their awards recently protesting the Akademi’s silence on the murder of fellow writer and Sahitya Akademi board member M M Kalburgi as well as against the “communal” atmosphere in the backdrop of the Dadri lynching incident.
Malayalam poet K Satchidanandan has also decided to quit all posts in the Akademi while another Malayalam short story writer P K Parakkadavu also said he will quit the Akademi membership.

Renowned Punjabi theater personality Atamjit Singh today said he was returning his Akademi Award as he “is very upset over the incidents communal hatred in the country for the last some months”.

Meanwhile, poet and critic Adil Jussawalla, who won the Sahitya Akademi honour for his 2014 work, today urged the literary body to condemn the “unacceptable censoring” of writers by “violently intolerant groups.”

Referring to the recent murder of Kalburgi and other rationalists Narendra Dhabolkar and Govind Pansare, he urged the Akademi to speak up and issue a statement condemning the state of affairs.

“I realise that the Akademi has rules and regulations but I do feel that it should condemn what is happening to the writing community. But what I don’t understand is the lack of urgency. Instead of waiting for December when the Akademi convenes for its executive meeting,it should expedite the matter urgently,” Jussawalla told PTI.

Feel free -- and I request you -- to forward this newsletter to your lists and friends!

Posted by Palash Biswas at 8:24 AM